A NEW PERSPECTIVE ON COVID-19 THERAPY

What hasn’t worked so far: the problem is not the infection, but the possible hyperinflammatory reaction. How it can be addressed. 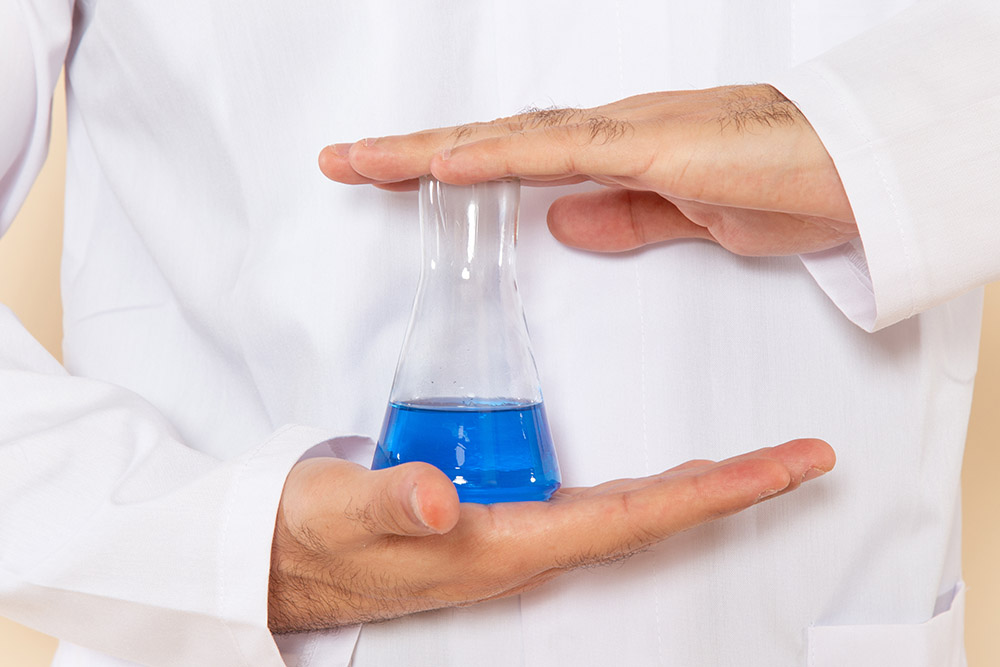 All statements featured in this text are supported by bibliographical references.

How the disease evolves

Covid-19 is a harmless or nearly harmless disease in most cases, but sometimes devastating and lethal.
A few days after the infection, it begins with symptoms affecting the respiratory system (dry cough, sore throat, fever) or the gastrointestinal system (nausea, vomiting, diarrhea). Generally, these symptoms subside more or less rapidly, with some patients losing their sense of smell and taste, a sign of the aggression by the virus to the nerves and olfactory bulbs. Some patients develop bilateral interstitial pneumonia, that lasts for several weeks, later evolving into healing with more or less severe permanent sequelae. However, in some cases the clinical conditions get rapidly and dramatically worse, already in the sixth-seventh day, with the onset of respiratory failure (ARDS, acute respiratory distress syndrome) and multi-organ damage (namely heart, liver, kidney, and brain). Surprisingly, events precipitate when the viral load (the concentration of the virus in the body) has already decreased consistently.

How is it possible that, as the virus tends to disappear, the symptoms worsen rather than improve? Evidently, other factors have come into play, and the role of the virus is taking a back seat:  it is a violent inflammatory reaction, not proportionated to the purpose of eliminating the virus, and supported by what experts in the field call a “cytokine storm”. What are Cytokines? They are a large family of molecules regulating the homeostasis (balance) of the organism, and intervening when any external (viruses included) or internal factor disturbs this balance. The uncontrolled increase in pro-inflammatory cytokines, no longer balanced by anti-inflammatory cytokines, is what can cause damage to organs. The most severely, cytokine-storm affected tissue – in addition to the cells of the pulmonary alveoli – is the vascular endothelium, that is the thin layer of cells that lines the inner wall of the vessels. When the endothelium is damaged, clots develop for a reparative purpose, but often occluding the vessel (thrombosis). The result is that the ischemic damage caused by thrombi in the heart, brain, etc. is added to the direct damage caused by the virus and the cytokines.

Covid-19 therapy used the experiences gained during the SARS epidemic that began in 2002 in China and ended two years later, which was also caused by a coronavirus. Antiviral drugs and hyperimmune serum are used, aiming to neutralise the virus, with drugs counteracting the inflammatory reaction (such as cortisone and anti-citokine drugs). The latter inhibit the action of pro-inflammatory cytokines and differ from each other according to the type of cytokine on which they act. Anticoagulant drugs are also used to limit thromboembolic damage (at the same time increasing the risk of hemorrhagic damage). Judging by the number of deaths or of those healed yet reporting severe residual damage that no one talks about, this therapeutic approach has not provided the desired results. There is also the non-secondary problem of the high costs, preventing the use of these drugs on a large scale, and that of the frequent and sometimes serious side effects.

What is not working

Given the complex dynamics of events described above, suitable therapy in the first phase of the disease (viral phase) is no longer an option in the subsequent inflammatory phase. Antivirals (such as Remdesivir, with a cost of € 2.076 for 5 days of therapy), assuming they work, can only do in the early stages of the disease, when the viral load is high and the patient is still relatively well because the inflammatory phase has not begun yet; instead, they are administered to hospitalised patients, when it is too late. The low efficacy of the equally expensive anti-cytokine drugs (Anakinra, Tocilizumab, etc.) is easily explained by the fact that these act on a single cytokine, while there are at least 50 different cytokines whose individual functions are not known exactly. There are also other molecules responsible for the inflammatory reaction, just as important as cytokines, which no one has ever taken into consideration. Consequently, current therapies are only partial, and so are the results.

We have read hundreds of scientific articles on Covid-19, yet we have never encountered the word “FREE RADICAL”. Their fundamental role in the chapter “INFLAMMATION” has been widely described and demonstrated, so much so that by entering the keywords “free radicals and inflammation” in Google, we are given about 30 million results. If what kills the Covid-patient is the inflammatory reaction, and this is triggered by free radicals, they cannot be ignored. They have been trivialised by the market for useless food and cosmetic supplements, but they are extremely important in regulating many physiological and pathological processes. Free radicals are chemically unstable molecules that tend to “steal” electrons from everything they meet, and in the case of body cells they can cause, if produced in excess, rapid and serious damage to the cell wall and its DNA. Furthermore, ROS regulate, with a signal action, the production of inflammatory cytokines. The cell damage caused by an excess of free radicals precedes and adds to the cytokine damage. By blocking the production of free radicals, it is perhaps possible to defuse this catastrophic destructive process.

To our knowledge, but gladly accepting to be contradicted, there is only one substance capable of effectively inhibiting the production of the free radicals and the cytokine storm. It is methylene blue (MB), an old drug used for the treatment of malaria, for urinary tract infections, and for the treatment of methemoglobinemia, a very dangerous disease that can be congenital or acquired following ingestion of chemicals or well water containing nitrates, or cyanide. Entering the technical speech, it is able to block the production of all the three categories of substances responsible for the hyperinflamatory reaction by:

See: Salaris SC, et al. Methylene blue as an inhibitor of superoxide generation by xanthine oxidase. A potential new drug for the attenuation of ischemia/reperfusion injury.

Recent studies have also shown that MB has a powerful antiviral action, making it suitable for counteracting both the viral and inflammatory phases of the disease

It is well tolerated, and the only side effect is the reversible blueish discolouration of urine. It has very few contraindications: it is contraindicated in subjects suffering from fauvism, and in case of simultaneous intake of antidepressant drugs belonging to the serotonin reuptake inhibitors. These drugs should be suspended for the period of treatment with methylene blue. When administered into a vein, it has been successfully tested in septic shock, which has many similarities to the respiratory distress and multi-organ dysfunction syndrome of Covid-19, and can therefore be used for venous infusion in ICU-Covid patients. If taken by mouth at the first symptoms of Covid-19, in addition to the antiviral action, it is probably able to prevent the inflammatory reaction and reduce this disease to the rank of a simple flu. The product must be prepared by the pharmacist, and the cost of an entire therapy is about € 8 for each patient; it could halve if prepared on a large scale. Considering the huge round of money that has been set in motion by the pandemic and the enormous interests involved, this therapeutic proposal with a negligible cost will hardly be taken into consideration, even if the rationale supporting its use is much more robust than that which led to the current therapeutic guidelines.

Currently, the swab-positive patient, asymptomatic or with few symptoms, is placed in isolation waiting for a possible worsening. In this phase (viral phase) no therapy is administered, except paracetamol for fever and some cough syrup, relying on the benevolence of Destiny. When pneumonia and respiratory failure (inflammatory phase) appear, the battle is already lost: the patient is hospitalised and treated with antivirals (if there are any, and in any case now not very useful because they are late), oxygen (often harmful, but today it has been better understood how to use it), cortisone and anticoagulants: it is a chasing after a situation that is precipitating and that is now out of control.

Methylene blue should be taken at the first symptoms of the disease. Since it takes the pharmacist several days to prepare it, it must already be at home. Its antiseptic action counteracts the replication and spread of the virus throughout the body. The inhibitory action on the production of cytokines and free radicals prevents the lethal hyper-inflammatory reaction. Since the onset symptoms of Covid-19 are indistinguishable from those of a flu, making a differential diagnosis impossible until the outcome of a nasopharyngeal swab is obtained, treatment should be started in any case. If it is flu, that’s okay, since no damage will be done. It can be associated with conventional therapies. The dosage is 3 mg for each kg of body weight per day, divided into 3 doses. These are the theoretical assumptions, hardly contestable. Proof of clinical trial is needed. Ours is a therapeutic proposal aimed at those who fight on the front line, that is to general partitioner. It is at this very stage that the war can be won; the patient’s arrival in intensive care marks the defeat. For an epidemic of this size, hospital beds will never be enough: the disease must be treated at its onset by family doctors who currently have no weapons. We are not sure that methylene blue will work, even if the theoretical assumptions are all there, but since it is free of side effects we have nothing to lose in using it. The Ministry of Health should launch a large-scale clinical trial to verify what, on paper, appears to be the most effective treatment to combat Covid-19. The definitive solution to the problem should come with the vaccine. Among the many vaccines under study, the one developed by Pfizer and Biontech companies seems very promising, even if it presents some critical issues for storage and distribution. Probably, these difficulties will be overcome, Pfizer and Biontech being two big Companies, and other vaccines could arrive on the market. However, availability for everyone is not close in time, and many months will still pass before we have a safe and effective vaccine. And the emergency is now.